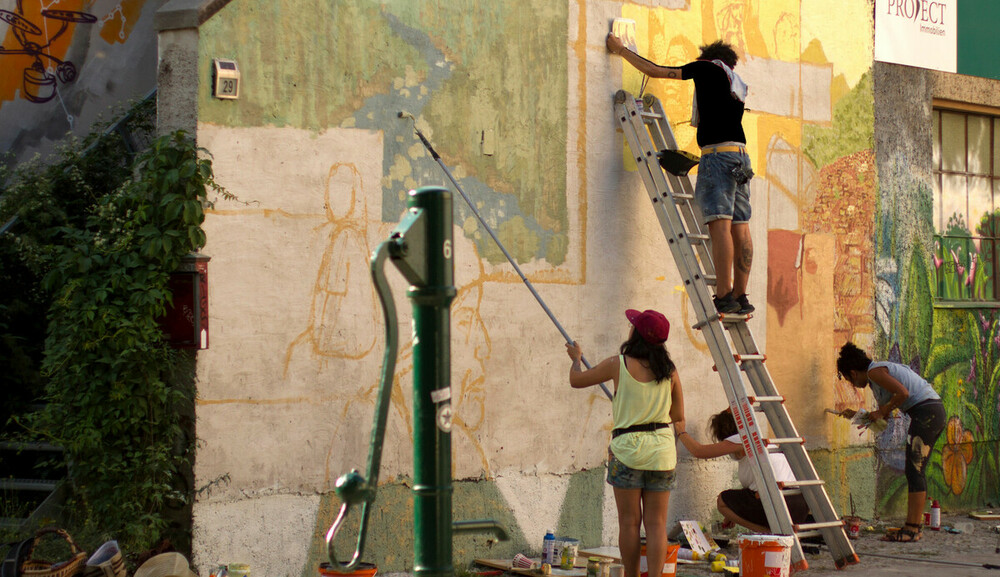 Using the example of Berta Cáceres and Marielle Franco, two resistant women, the mural at Malmöer Str. 29 in Berlin addresses social struggles in Latin America and recalls the work and murder of the two activists. In the form of a collage, problems such as police violence, the overexploitation of nature, the human rights responsibility of German companies, but especially the resistance against it are made visible.

The mural design is in the tradition of the Mexican Muralismo: Through murals in public space sensitized to social ills and stimulated the concerns and demands of marginalized social groups visibility.

The mural is on the initiative of CADEHO (human rights collective Honduras) and collectively orangotango (collective for critical education and creative protest) in collaboration with the artists of the Colombian m.a.l. crew emerged.

The mural shows solidarity with the struggles of Berta, Marielle and other activists who had to pay for their commitment to a better world with their lives; Since German actors also played a role in both cases, we also want to address the responsibility of German actors for human rights crimes. 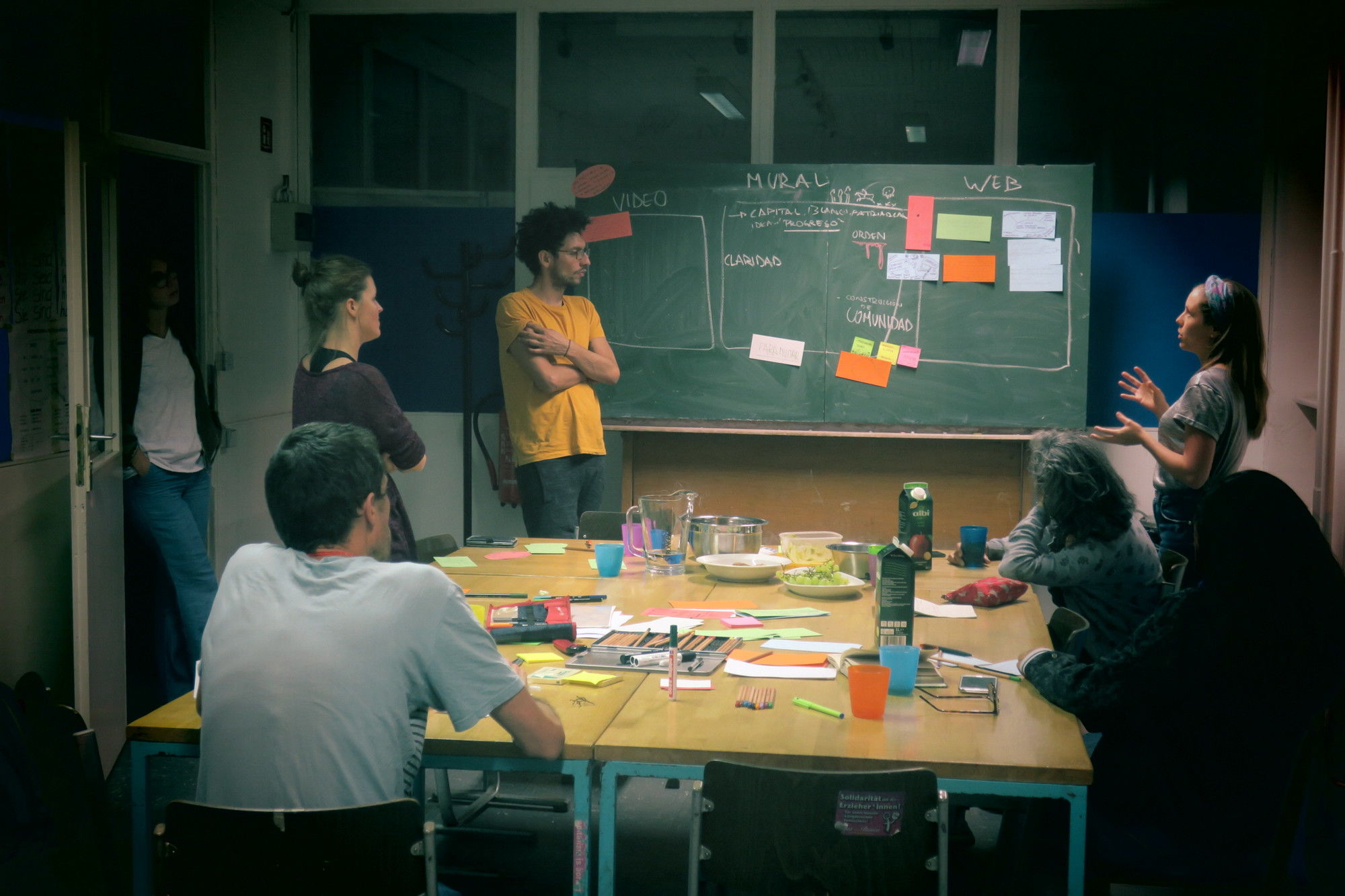 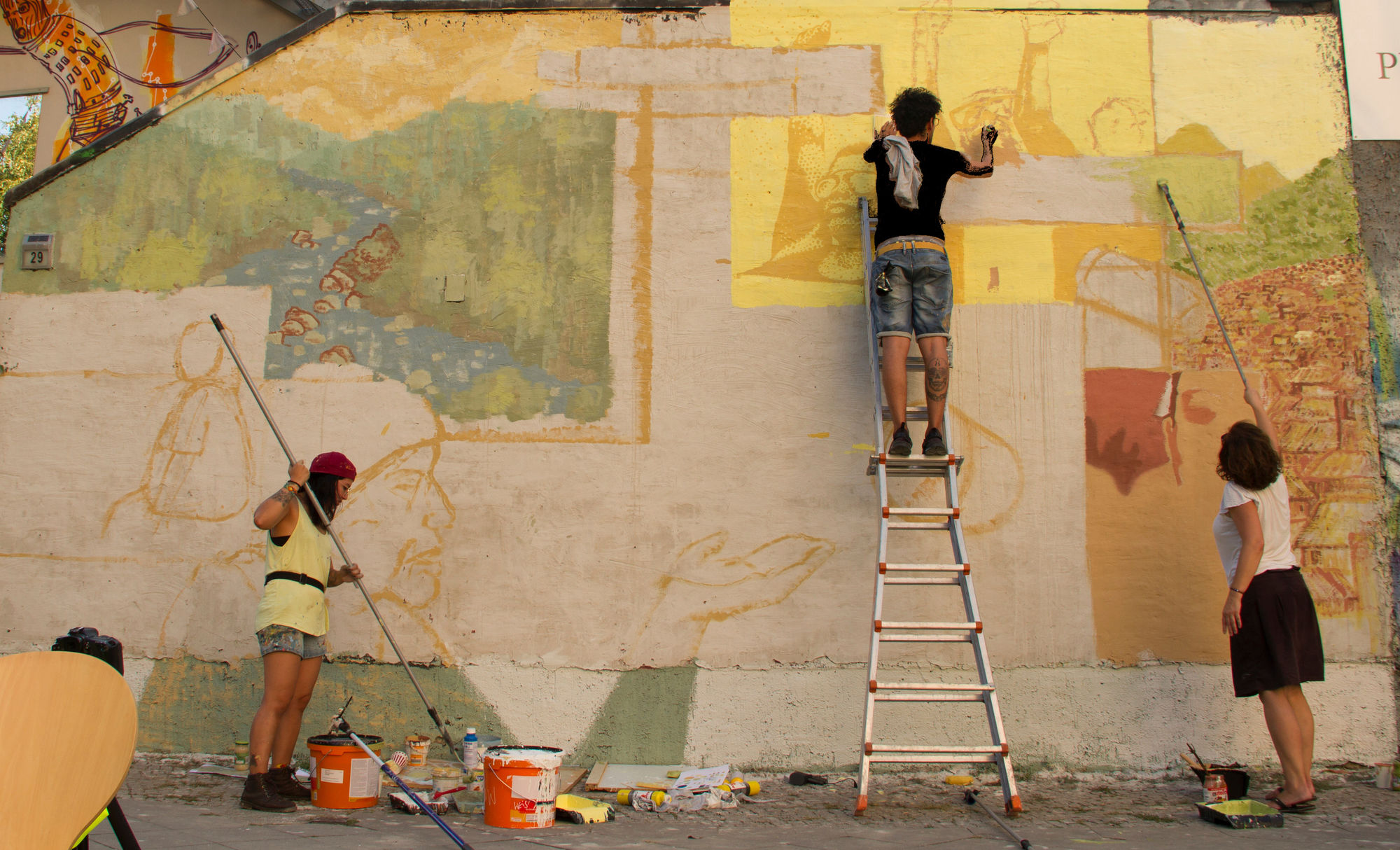 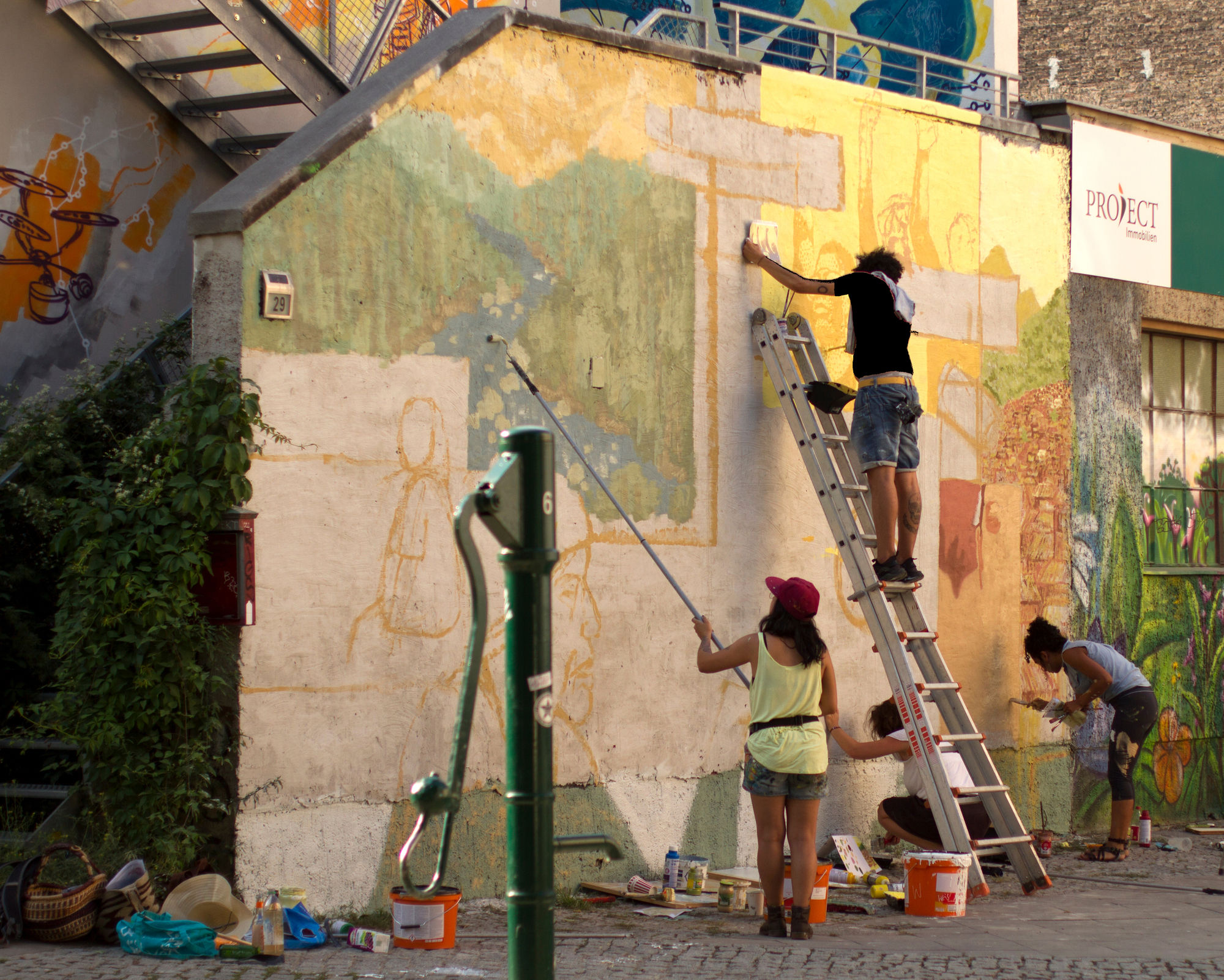 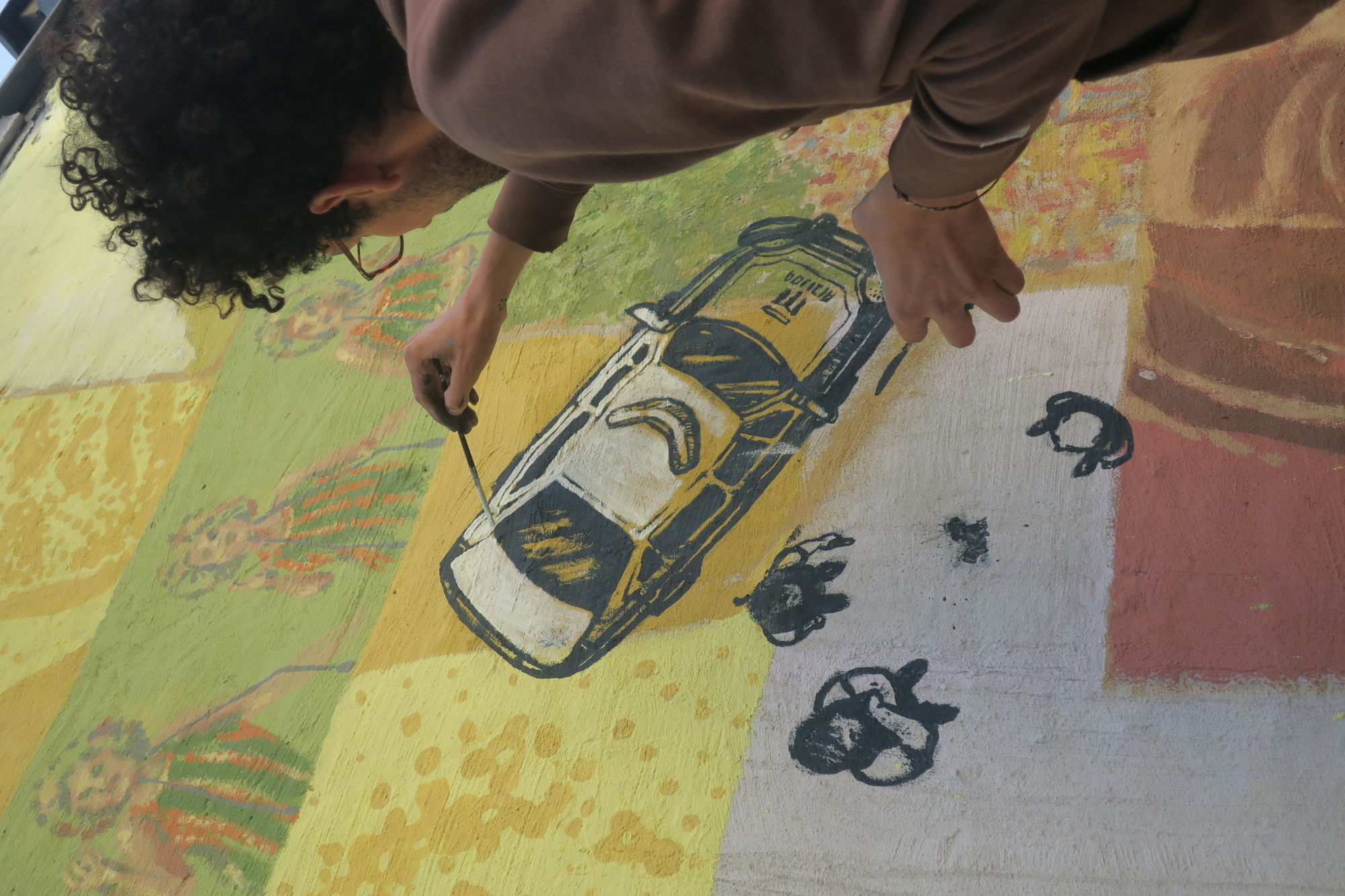 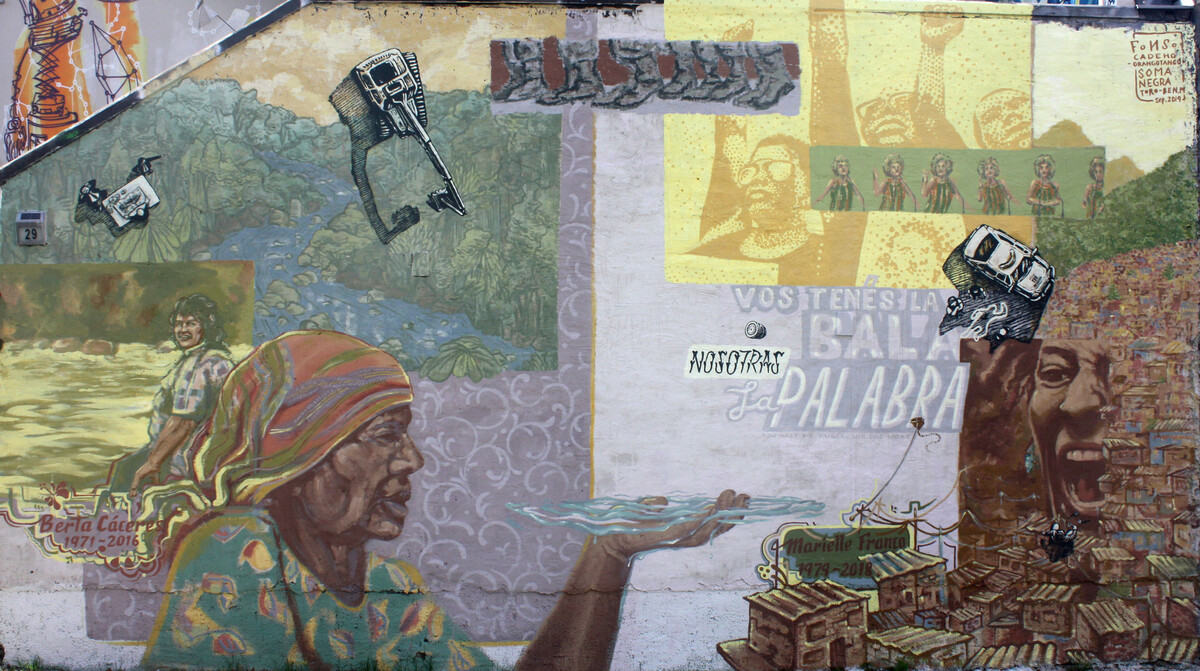